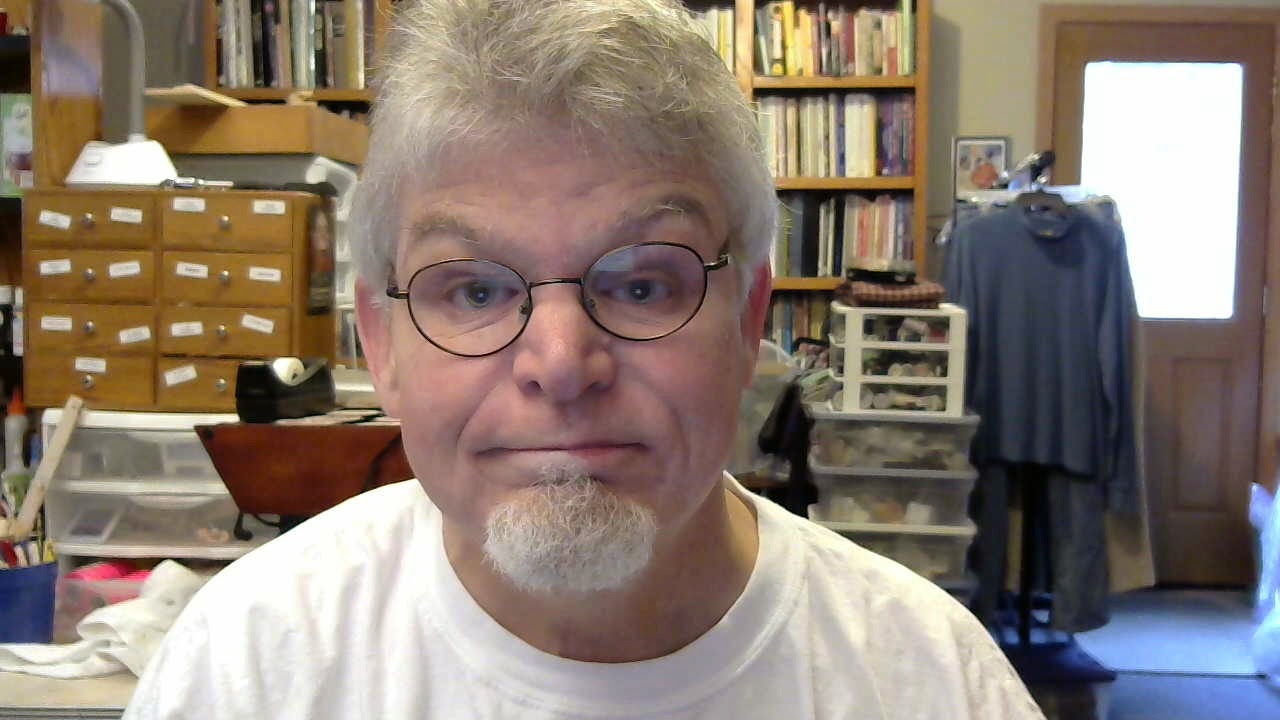 I need to admit to myself and others that the time has come to end this blog. I'm not really contributing to it and readership is declining appropriately.

I started the blog in 2006 to post news about my dummy-building adventures. You'll find nine years of proud moments, disasters and discoveries in the postings. I plan to leave the blog in place in case anyone needs to or wants to search for information. Just use the "Search" window in the upper left.

I appreciate the time you've spent reading and commenting over the years. I feel I've received more than I've given as I've posted to this journal. I will continue to design, build and sell ventriloquist figures. You'll probably see and hear about it from postings on the several Facebook vent groups, including the Kenny Croes Dummy Store Facebook site.

Again my thanks for making Vent Into The Mic relevant and fun. - All the best, Kenny
Posted by Kenny Croes 16 comments 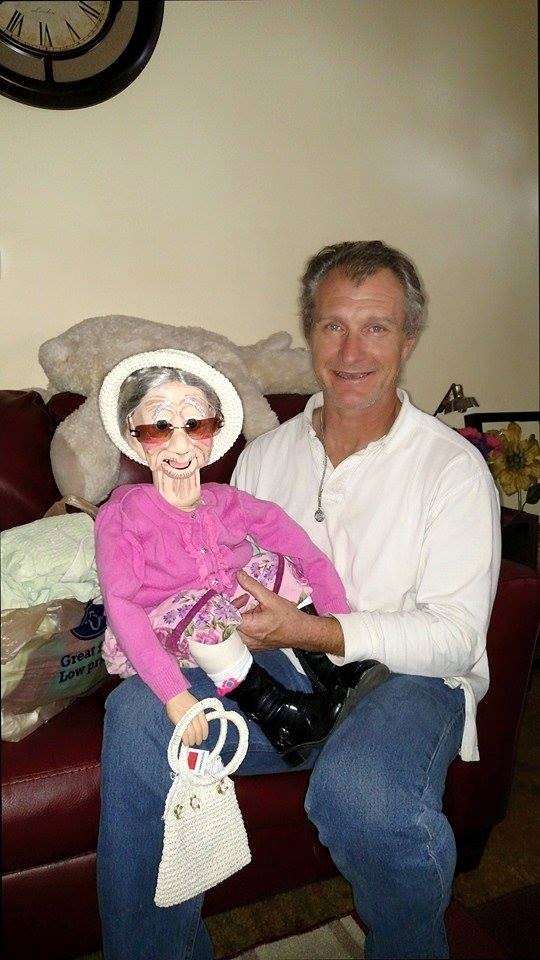 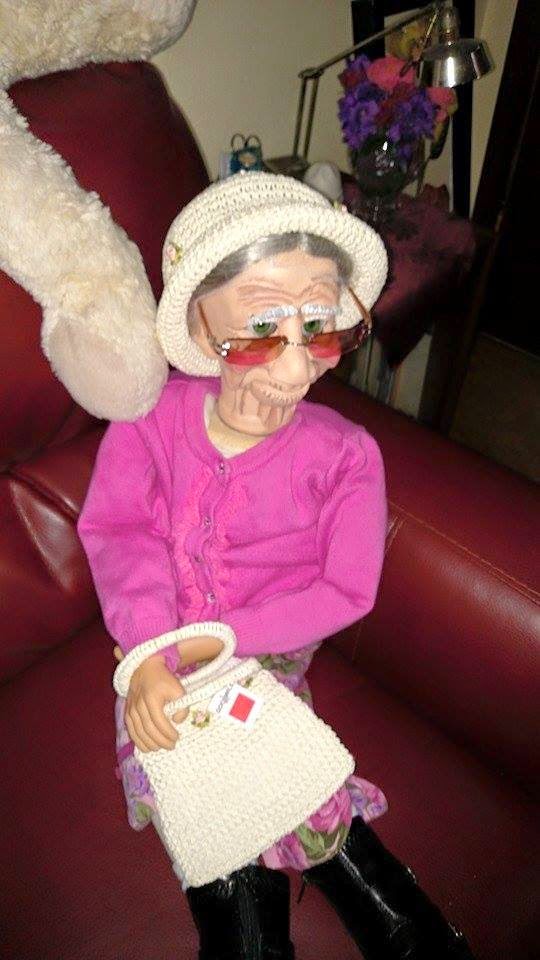 It's a hoot when customers send me photos of Kenny Croes Dummy Store characters in new duds. Best of all, they share stories of shopping excursions with their new companions. Auntie Pearl accompanied Harold to the clothing store and caused quite a stir. Folks whipped out their cell phone cameras and clicked away as they perused the aisles. Now Pearl has a brand new wardrobe.
Posted by Kenny Croes 6 comments

She enjoys being a Pearl 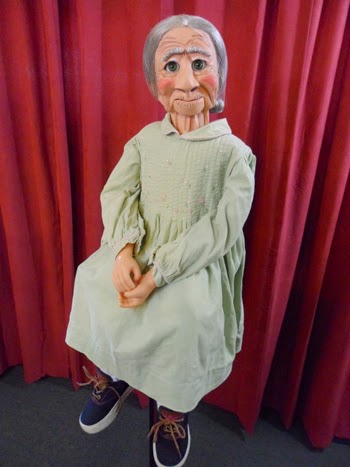 Not many folks know this, so please be discreet. But Auntie Pearl here was an exotic dancer way back when.  Waaaay back when. But now she's settled into a quaint life of baking cookies, feeding her 17 cats and making book on the side. She's been thinking seriously of publishing her memoirs...and then going on a speaking tour. She just needs a partner to help her old (and amazingly limber) bones onto the stage. That's why she's off to meet Harold, her grandson (and sole heir).
Posted by Kenny Croes 2 comments 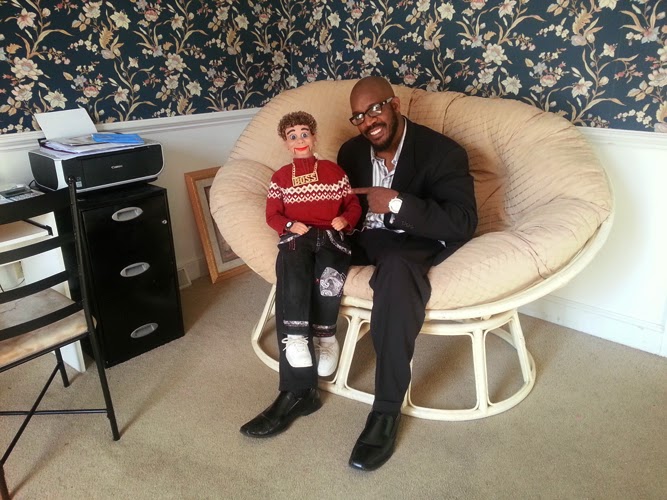 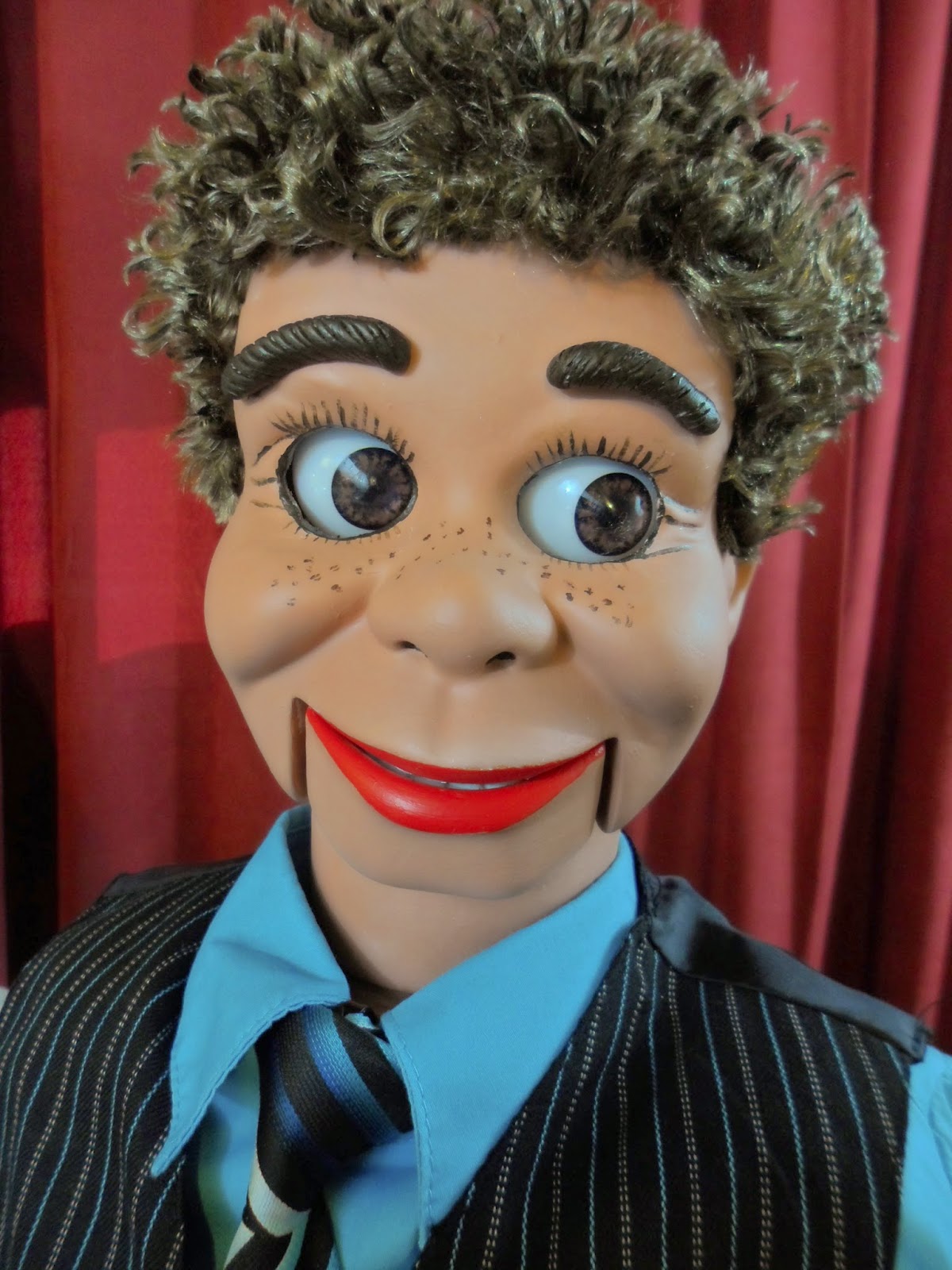 It's always a delight to see customers so happy to be in the company of their new Kenny Croes Dummy Store figure. The little guy has been named "Nathan Little". The tall guy on the right is Franklin. He mentioned that he works with kids of various and blended ethnicity and he wanted a figure that might represent a kid of mixed heritage. So Nathan's skin color was darkened slightly to reflect that. I love the fact that ventriloquism is used to teach youngsters.
Posted by Kenny Croes 2 comments 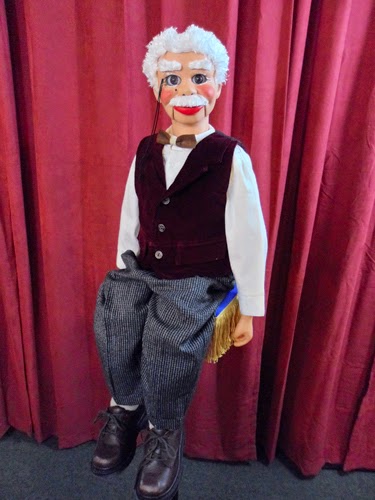 The latest conversion figure to emerge from the Kenny Croes Dummy Store is named Professor Goofentickle. He's likely a source of endless misinformation. His academic credentials are quite dubious. The professor has a PHD in silly subjects, so expect scholarly gibberish during his looney lectures. He was built for fun, so I hope he joins a funny faculty soon.
Posted by Kenny Croes 2 comments 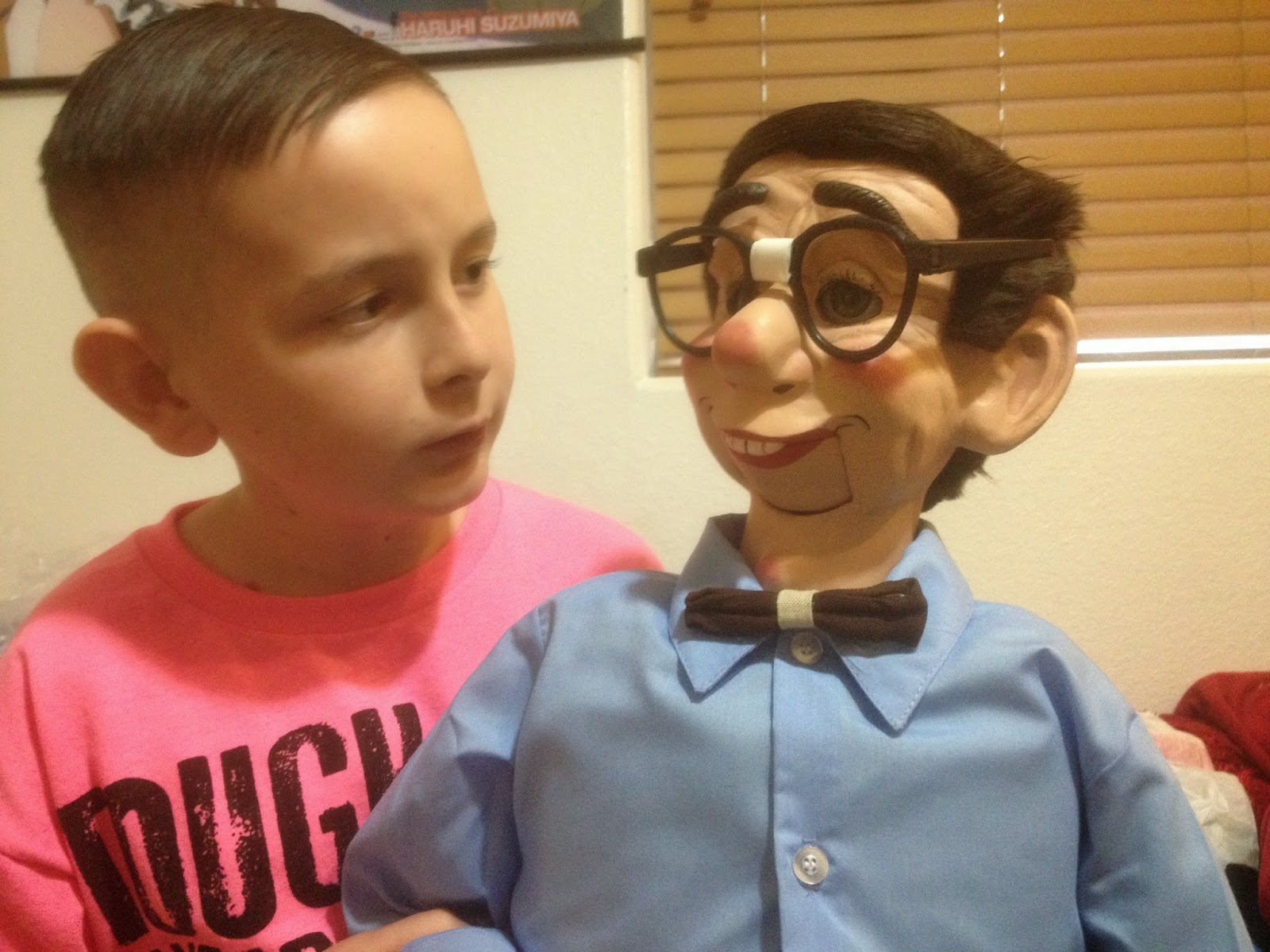 Like me and so many other ventriloquists I know, the passion for the art form began at an early age. The two young fellows pictured are displaying their recent partner acquisitions from the Kenny Croes Dummy Store. I hope this is the beginning of a long and successful run of entertaining family, friends and appreciative audiences.

Three's a crowd, five's a jailbreak 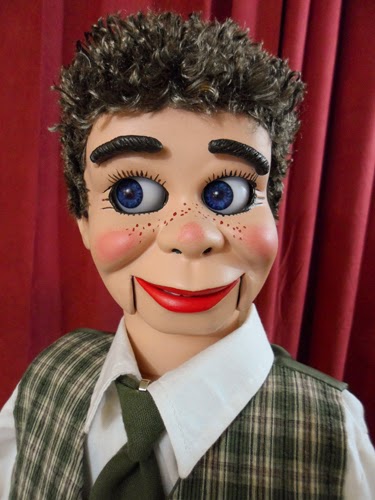 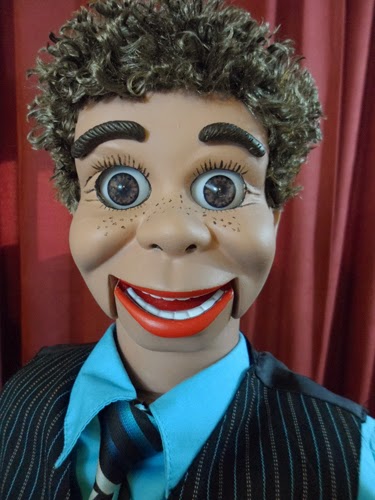 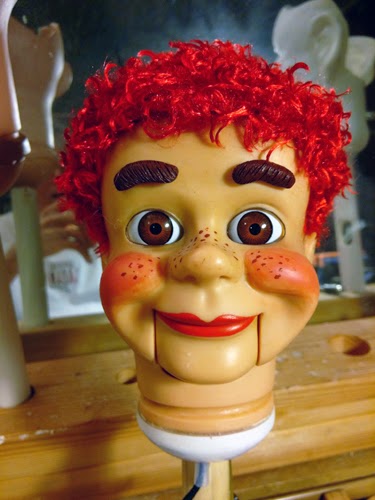 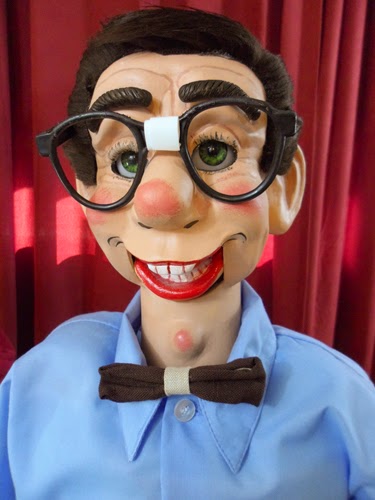 Obviously I haven't paid enough attention to my blog the last few months. And I still might not. But here's an update in case anyone is still interested.

I purchased three Charlie McCarthy heads on Ebay and finished the two conversion figures you see above. I also got an order for my Norbert character, so I shipped him to his new home last week.

In between all this I restored an old Jerry Mahoney doll. It was originally upgraded by Kevin Detweiler. I really admired the workmanship on his conversion.  I even learned a new tip after cracking open the head and seeing his mechanics. I repainted the little fellow, replaced his soft eyebrows with sculpted hard eyebrows and gave him a red curly fleece wig.

What about the fifth project? I repaired cracks in the head of an old Lovik figure (not pictured). So yes, I've been busy and I remain so with six more projects on the work bench.