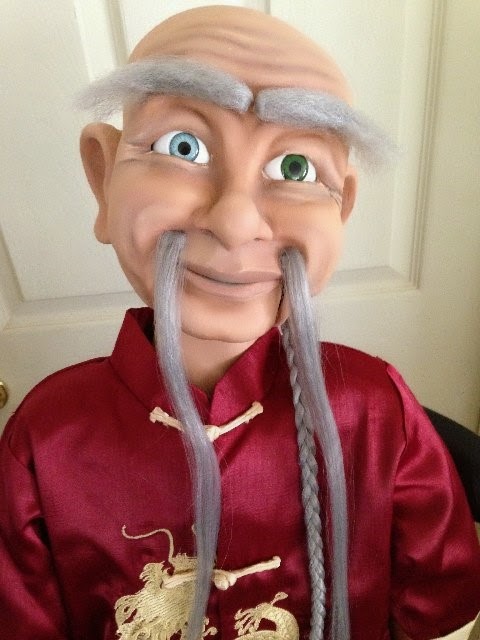 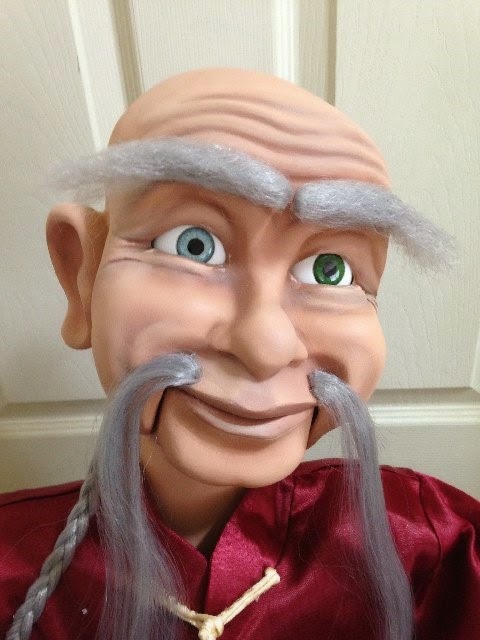 I'm building two figures using my full-size Otis head for my good customer, Wayne. But he's been bitten by the "do-it-yourself" figure-building bug. He purchased my "Mr. Wong" head design from Braylu Creations and built the character pictured above. He named him "Bill". I think Wayne did an absolutely splendid job. I love what he did with the mustache and eyebrows. Beautiful subtle shading on the figure, too.

He needs a shave 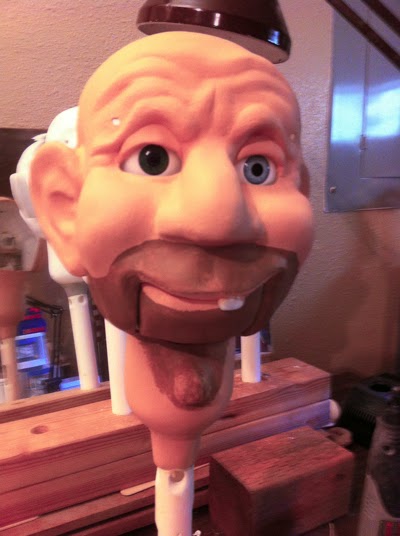 My second full-size Otis is now at the point where he needs a shave...permanently The jaw and eyes are in place temporarily just for the photo. He actually needs another coat of paint before we move on to the shading. That's always a fun task. He really comes to life after his "stage make-up" is applied.

The final mechanics don't go in until all the painting is completed. 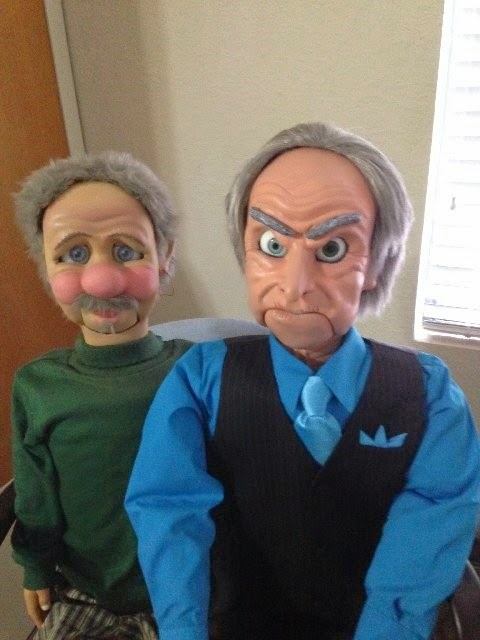 Many of the heads I've sculpted over the years have been available for purchase through special arrangement with Braylu Creations. Some folks like to "do-it-yourself" like I did when I built my first figure from a Mike Brose "Fred" head. Dozens of ventriloquists have bought and built figures from my head designs.  I'm proud to say that includes the late Clinton Detweiler, who purchased, built and sold several figures from my heads before his untimely passing.

One of my most loyal customers who has purchased several complete figures from me has been bitten by the "do-it-yourself" bug. He's made his own full-size Mr. Winkle (re-named "Al"). The figure is pictured here with a Lovik figure I recently repaired for him.

My only caution to the DIY folks out there is that once you've built one figure, you may not be able to stop (as in my case).
Posted by Kenny Croes 1 comments 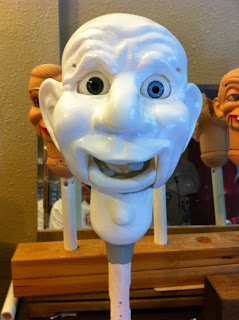 My full-size Otis figure is almost ready to paint. I have just one more head-prep task to do. And that would be to form his eyelids (non-blinking). I like the eyes set in place before I make the eyelids so I can mark the right spots. I want them to cover the very most upper portion of the iris so he looks a bit sleepy, dense (or intoxicated with white lightenin'). I'll use Magic-Sculpt to make those drowsy eyelids.

And yes, I do know that each eye is a different color. That's the way Otis' new partner wants him.


This goofy old guy is now for sale on Ebay.
Posted by Kenny Croes 0 comments