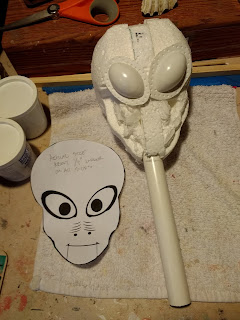 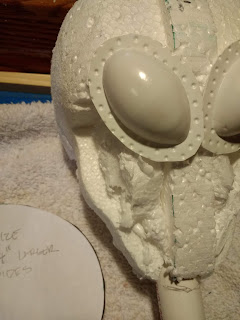 The Locktite Foam worked. It expands as I was warned. In fact, it expanded even more than I expected. After it dried, I used a pair of old scissors to chop away the excess. My goal in this was to fill the voids so I wouldn't have to use so much paper clay. The bulging alien eyes aren't actually attached yet. I just wanted to show you for effect. 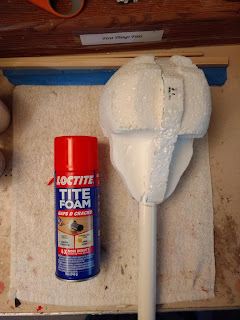 My idea of filling the cavities on my armature with wadded-up plastic bags, then using duct tape to secure them was a failure. Not my first dumb idea and likely not my last.

My new strategy is to fill them with Loctite foam..the stuff used to seal cracks in walls and window frames. I have been advised by the fella at the hardware store to be very conservative with how much I spray into the cavity. Y'see, the foam expands... a lot! He said he once used it to seal a crack in a wall. He sprayed too much of it, it expanded and blew a BIG hole in the wall.

If it works, I'll post a photo. If it doesn't work... well.. on to my next bright idea.
Posted by Kenny Croes 0 comments

Here's the new website I launched. DummyStore.net. It's a listing service for folks who want to buy or sell ventriloquism or puppetry items. I charge a modest listing fee of $10 for items priced $100 or more, and $5 for items priced under $100. But for a limited time, ALL LISTINGS ARE FREE! I'd like to attract a large number of listings so buyers will find a selection of cool items to purchase. Please give it a look and by the way, feedback is appreciated!
Posted by Kenny Croes 0 comments

I wonder if this'll work... 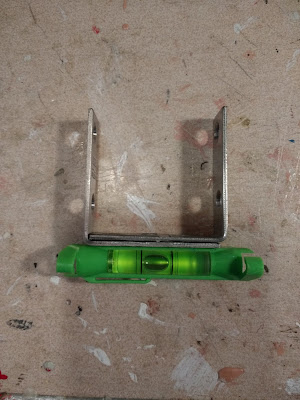 Eventually, I will have to indicate where the jaw cut lines are on a clay vent figure sculpture. But how do I make sure the lines are parallel to each other and straight up and down? Well, this hacked tool might work.

I took two 90-degree-bent brackets and Krazy-glued them together. I measured the top and bottom to make sure the distances between them are the same (in this case, 2-inches apart). Then I Krazy-glued a small line level to the bottom of the brackets.

My plan is to make sure the line-level bubble indicates I'm holding it level, then I'll gently press the edges of the brackets into the clay.

For wider jaws, the brackets could be spaced and glued farther apart. Think it'll work?
Posted by Kenny Croes 0 comments

Head on a pole 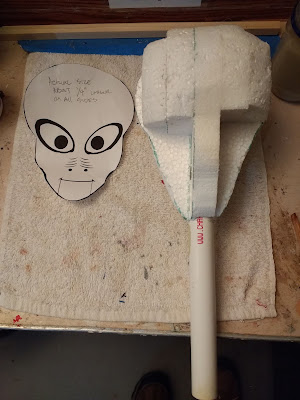 Sounds grisly, but it's harmless actually. I have mounted the styrofoam armature on a PVC pipe. I drilled a hole at the bottom, vacuumed out the debris and slid the pole into the hole. I used Tacky Glue to secure it.

Next, I need to fill the cavities on either side. As I stated in my last post, I'll try using wadded-up plastic bags secured with duct tape. I don't want to waste paper clay filling those cavities. Plus, the weight would be objectionable if I filled them with paper clay.

The task before me 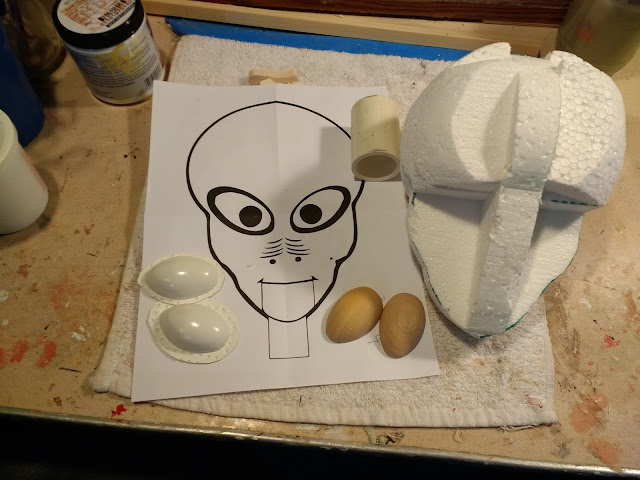 My big project is sculpting the alien from the drawing.  As I mentioned previously, the sculpture is for Buzz James of Braylu Creations. He intends to make a mold, produce polyurethane castings, and build figures from the castings. I came up with the drawing with his help, then Buzz provided the styrofoam armature, the vacuum-form eyes, the wood egg eyes, and the PVC-pipe neck.

My first job will be to mount the styrofoam armature on a PVC control stick. I figure I'll drill a series of small-to-larger holes at the bottom of the armature until the control stick slides in. I'll try to glue it in place. Next, I want to fill the cavities in the armature with wadded-up plastic bags secured with duct tape. Then I'll attach the vacuum-form eyes. Finally, the laying on of paper clay begins. 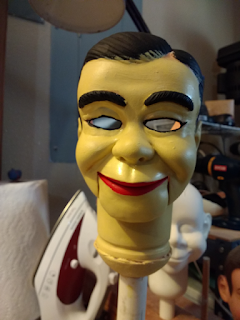 Can you see it? I can't. I have a common red/green color-blindness. I think I've admitted to that before. In any case, one of my band members saw the Charlie head I'm working on and said, "Oh...a Frankenstein puppet". I asked him why he thought that and he said, "because it's green".

Usually, I ask my wife to check me on color, but she hadn't seen this guy yet. So, yeah. It's green. I prefer house paint on my figures which I order in the sample-size from Home Depot. I picked the color from online swatches. That's not a reliable way to pick color samples because every monitor is different.

I use a Behr house paint color called Coronado Dunes to paint Caucasian skin color. I think I'll mix in some acrylic yellow and try that out for Asian flesh tone.

And that's all for today.
Posted by Kenny Croes 0 comments

No aversion to conversion

As you may remember, I like building conversion figures. This one was started 5 years ago (prior to my hiatus) as a special order from a client. Before I got too far, the client changed his mind, so this project has been staring at me for quite some time.

The client had requested an Asian character and that's what this figure will be when he's completed. The left photo shows the current progress. The right photo (Photoshopped) shows where I'm going. A fully costumed body has been sitting on the shelf all this time. I've built the self-centering eyes and the jaw is spring-loaded.

I have two more heads sitting on the shelf, one Charlie and one Slappy. They'll be getting some attention soon.
Posted by Kenny Croes 0 comments 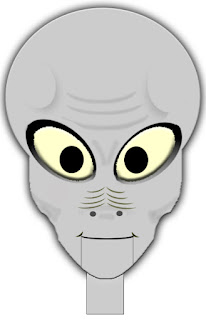 After a hiatus of almost 5 years, I'm active in the ventriloquist community again. I don't have much to show for it yet except for the cartoon drawing on the left. I've been engaged to sculpt a model of this fella by my friend and co-conspirator Buzz James of Braylu Creations. He's been building figures as well as designing, manufacturing and selling dummy-building parts. He plans to make a mold of my alien friend, cast heads from the mold, and build figures from there.

I'm also working on a website project that I will announce and unveil soon. It's still in the testing phase, but I expect it to go live within a few days or weeks. More on that later.

My reentry will probably not involve order-taking for figures. I'll likely build at my own pace and sell what I build. I'm way too lazy to do it any other way.

Over time, I'll clean up the links on this blog. I've noticed some have expired. Again, I'm a little lazy.
Posted by Kenny Croes 0 comments