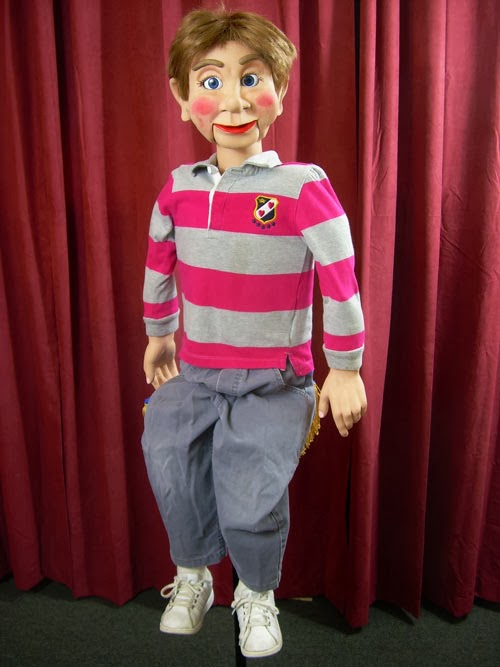 Some of my friends in the ventriloquist world have suggested that I emphasize that I make 40"-42" full size figures all the time, not just 34" figures. Don't get me wrong... I like making the smaller figures as well. But I make 'em BIG, too.

For example, the little mop-head on the left. His name is "Jack" and he's my newest completed full-size figure. He's 42-inches tall, has side-to-side self-centering blue eyes, crossing eyes, and raising eyebrows.

He'll soon be looking for someone who'll tolerate his misbehavior. If that might be you, please drop me line. 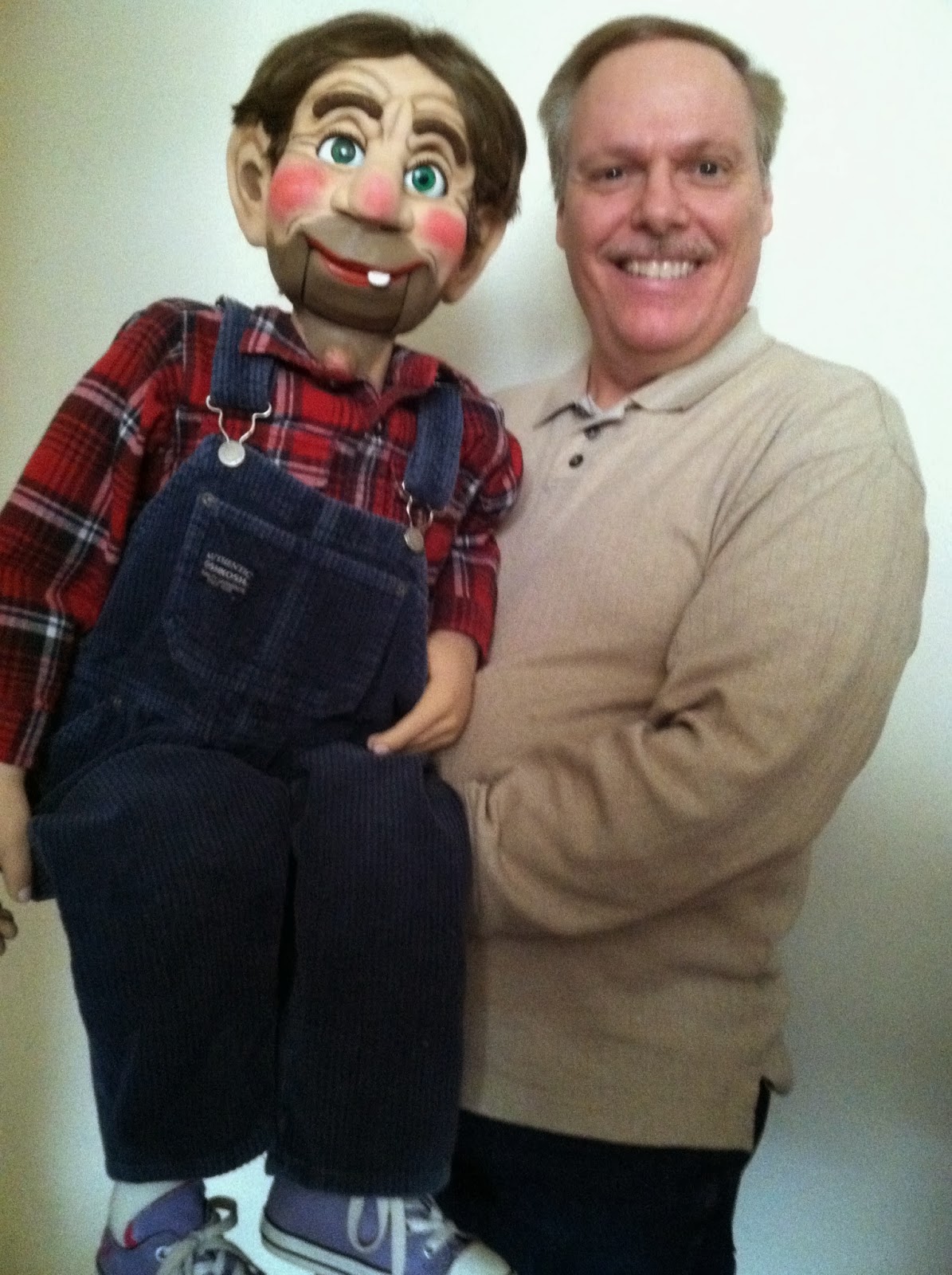 Ventriloquist Mark Bartlett was kind enough to give Otis a place to call home. Just one small caution, Mark. Make sure Otis doesn't sneak out at night and start building his still again. Next thing y'know you'll have the local sheriff knockin' at your door. 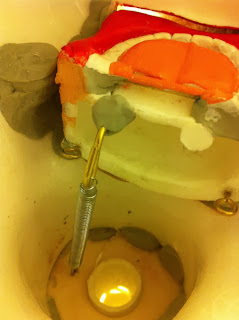 After I installed the jaw into my Jackie figure and attached the spring to the jaw's eyehook, I realized the angle was so straight that the jaw wouldn't stay closed. So I took a piece of leftover brass rod and bent a hook into it. Then I drilled a 7/64" hole into the jaw, inserted the brass rod into the hole, glued it in, then reinforced it with a dab of Magic-Sculpt. The angle became more acute and thus the spring closed the mouth and kept it closed. Problem solved.

Now on to the next unintended consequence.

Cleaning out the closet 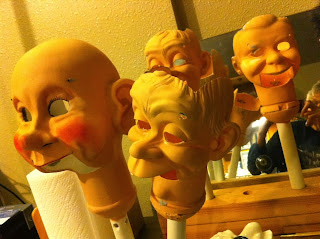 I've never built a conversion figure from a Mortimer Snerd doll. The molded hair drips down across the forehead, so I used Magic-Sculpt to form a new wrinkled forehead. With my improved wrinkle-painting technique, I think he'll look rather distinctive.

I'm also finishing up a full-size Jackie figure (the big guy on the left).

Again my apologies for not posting more often. I did say that I was pulling back a little, but even so, I'll try to post a bit more often from now on.