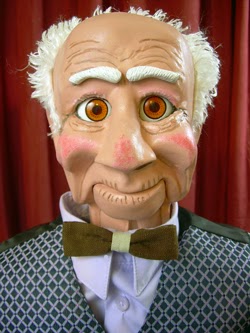 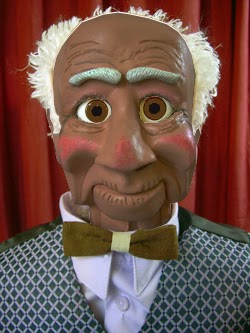 Occasionally I  get an inquiry about a figure I've never built before. Such is the case today when I've been asked to send a photo of an Afro Uncle Earl. Every Uncle Earl I've built so far has been a Caucasian figure. So to reply to the inquiry, I used some Photoshop tricks to revise a photo of a previous Uncle Earl figure to show an Afro skin color with dark brown eyes. We'll see if his new look generates an order.
Posted by Kenny Croes 0 comments