Wood if I could 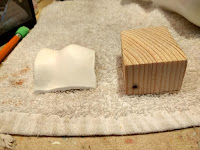 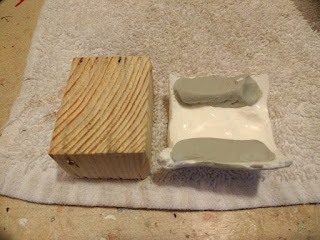 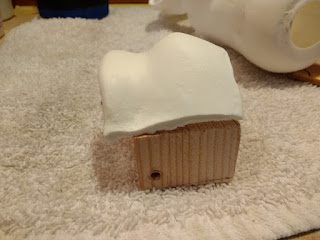 I'm reminded of that scene in "Apollo 13" when the engineers had to solve the carbon dioxide build-up in the ship. They had to literally put a square block in a round hole with only what they had on hand. My challenge is far less critical to survival, but I still had to think about it.

The rounded back of the chin needs to be attached to the flat surface of the woodblock using what I have on hand. (Otherwise, hello Amazon.com).